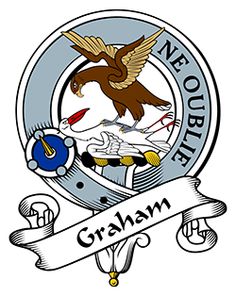 The town dates from 1742. Inveraray: Inbhir, the mouth of a river. The mouth of the River Aray. Aray may mean ‘the sandy banked river.’  Inveraray, at the head of Loch Fyne, owes its prominence to the rebuilding of Inveraray Castle, seat of the Duke of Argyll, in the 18th century. The town’s history, however, goes back much further, since it was made a Royal Burgh in 1638 by Charles I.

The town prior to the reconstruction of the castle was little more than a collection of humble cottages, but as early as 1747 William Adam had drawn up plans for the creation of a new Inveraray. By 1770, however, little had been done, and it was the fifth Duke who set about rebuilding the town in its present form.

At that time Inveraray was so isolated that the nearest road fit for a carriage was forty miles away. This was to change, however, for military rather than social reasons. Following the rebellion of 1745-6, it had become obvious that to control the clans, it was vital that troops should be able to move quickly throughout the Highlands.

The castle grounds are the venue each July for the Inveraray Highland Games, whose chieftain in the Duke of Argyll. The ‘friendly games’ are noted for their informality and carnival atmosphere, and feature athletics, Highland dancing, and heavy events such as caber tossing, hammer throwing, and wrestling.

The early history of the Grahams in Scotland is not easily understood. One theory is that there were similar names from the Celtic “Greamach” (grim) or the Saxon “Gram” (fierce). There is a tradition in Scotland that the daughter of a Gryme married a King of the Scots, Fergus II. The Celts and Saxons disappeared or were swallowed up by the descendants of “Lez Grames” of Norman origin. Some say that the original Grahams in Scotland were Picts, established long before the Normans came into Scotland.

Solid information has established the Norman descent of the Grahams. The Normans were originally of Viking descent and a Graham lineage goes back into Scandinavia.

Listed in the Doomsday Book of William the Conqueror is a place that was known as “Graeg Ham” in the 10th Century in England, now known as Grantham.

The Normans were in Scotland in the 12 century. William De Graeme personally witnessed the signing of the charter founding the Abbey of Holyrood in 1128. From this line descended the Montrose line of Grahams, one of the most distinguished families of Scotland.

Twice the Montrose Grahams married into the royal family. From these came some notable men. First among them was Sir John Graham, right hand man to the Great Wallace, killed in the battle of Falkirk in 1298. Second was the Marquess of Montrose , James Graham, poet, but above all, the most distinguished soldier of his time. He was martyred in Edinburgh in 1650. Third was John Graham, Viscount of Claverhouse, “Bonnie Dundee”, commander of the Scots who last defeated the English at the Battle of Killiecrankie. In John Stewart’s book, The Grahams, he states that “Most Scottish Clans would be proud to have one great hero. The Grahams have three.” There were, of course, many more besides these three towering figures.

“It is remarkable that the early Grahams were one and all exceedingly capable men. In an age when the reputation of many great public figures, alas, that of most of the Scottish nobility, were sullied by deeds of violence, and often deeds of blackest treachery, it is refreshing to find that the Grahams stand out as loyal and true to the causes they espoused. Their story is not one of rapid rise to power through royal favor, or even at the expense of their peers, but rather a gradual steady rise based on their undoubted ability and worthiness which seems to have endured from one generation to another.

John and Elizabeth Graham migrated from Knapedale, Argyleshire, Scotland to Cumberland County (now Hoke County) in North Carolina in 1766 (son Archibald arrived two years late in 1768). The family settled on Mountain Creek. Cumberland County, North Carolina, was formed in 1754 from Bladen County. The county was named in honor of William Augustus, Duke of Cumberland, (1721-65). The Duke of Cumberland was responsible for the massacre of Highland Scots at the battle of Culloden.